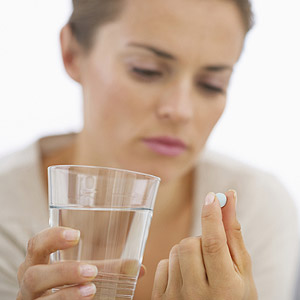 Narcotics have long played an important role in easing severe pain caused by disease, trauma, or treatment. Healthcare professionals, including dentists, continue to prescribe them as a matter of course.

But narcotics are also addictive and can be dangerous if abused. Although addictions often arise from illegal drugs like heroin, they can begin with prescription narcotics like morphine or oxycodone that patients initially used for legitimate reasons.

As a result, many healthcare providers are looking for alternatives to narcotics and new protocols for pain management. This has led to an emerging approach among dentists to use non-addictive, non-steroidal anti-inflammatory drugs (NSAIDs) as their first choice for pain management. Reserve narcotics for more acute situations.

Routinely used by the public to reduce mild to moderate pain, NSAIDs like acetaminophen, ibuprofen, or aspirin have also been found to be effective for managing pain after many dental procedures or minor surgeries. NSAIDs also have fewer side effects than narcotics; most can be obtained without a prescription.

Dentists have also found that alternating ibuprofen and acetaminophen can greatly increase the pain relief effect. As such, they can be used for many more after-care situations for which narcotics would have been previously prescribed. Using combined usage, dentists can further limit the use of narcotics to only the most severe pain situations.

Research from the early 2010s backs up this new approach. A study published in the Journal of the American Dental Association (JADA) concluded that patients receiving this combined ibuprofen/acetaminophen usage fared better than those only receiving either one individually. The method could also match the relief power of narcotics in aftercare for a wide range of procedures.

The NSAID approach is growing in popularity, but it hasn’t yet displaced dental professionals’ first-line use of narcotics. The hesitancy to adopt the newer approach is fueled as much by patients, who worry it won’t be as adequate as narcotics to manage their pain after dental work as with dentists.

But as more patients experience effective results after dental work with NSAIDs alone. The new approach should gain even more momentum. And in the end, it promises to be a safer way to manage pain.

If you would like more information on dental pain management, please contact us or schedule an appointment for a consultation. You can also learn more about this topic by reading the Dear Doctor magazine article “Are Opioids (Narcotics) the Best Way to Manage Dental Pain?”