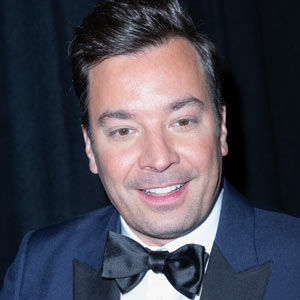 Even though coronavirus lockdowns have prevented TV hosts from taping live shows, they’re still giving us something to watch via virtual interviews. In the process, we’re given occasional glimpses into their home life. During a Tonight Show interview with Seahawks quarterback, Russell Wilson and his wife, R & B performer Ciara, Jimmy Fallon’s daughter Winnie interrupted with breaking news: She had just lost a tooth.

It was an exciting and endearing moment, as well as good television. But with 70 million American kids under 18, each with about 20 primary teeth to lose, it’s not an uncommon experience. Nevertheless, it’s still good to be prepared if your six-year-old is on the verge of losing that first tooth.

Primary teeth may be smaller than their successors, but they’re not inconsequential. Besides providing young children with the means to chew solid food and develop speech skills, primary teeth also serve as placeholders for the corresponding permanent teeth as they develop deep in the gums. That’s why it’s optimal for baby teeth to remain intact until they’re ready to come out.

When that time comes, the tooth’s roots will begin to dissolve and the tooth will gradually loosen in the socket. Looseness doesn’t automatically signal a baby tooth’s imminent end. But come out it will, so be patient.

Then again, if your child, dreaming of a few coins from the tooth fairy, is antsy to move things along, you might feel tempted to use some old folk method for dispatching the tooth—like attaching the tooth to a door handle with string and slamming the door, or maybe using a pair of pliers (yikes!). One young fellow in an online video tied his tooth to a football with a string and let it fly with a forward pass.

Here’s some advice from your dentist: Don’t. Trying to pull a tooth whose root hasn’t sufficiently dissolved could damage your child’s gum tissues and increase the risk of infection. It could also cause needless pain.

Left alone, the tooth will normally fall out on its own. If you think, though, that it’s truly on the verge (meaning it moves quite freely in the socket), you can pinch the tooth between your thumb and middle finger with a clean tissue and give it a gentle tug. If it’s ready, it should pop out. If it doesn’t, leave it be for another day or two before trying again.

Your child losing a tooth is an exciting moment, even if it isn’t being broadcast on national television. It will be more enjoyable for everyone if you let that moment come naturally.

If you would like more information on the importance and care of primary teeth, please contact us or schedule a consultation. To learn more, read the Dear Doctor magazine article “Importance of Baby Teeth.”